Lecture Series on the History and Culture of Central Asia

Lecture Series on the History and Culture of Central Asia.

The lectures will take place from 1-3 p.m. (CET). To register, please send an e-mail to Natalie Kontny (natalie.kontny@uni-hamburg.de).

Bukhara is located in the center of Transoxiana. It never was integrated into the Sasanian Empire, and held a high degree of autonomy under the Bulharkhoda. The Islamic Empire changed this. The Ṭāhirids are sometimes portrayed as the first autonomous or even independent dynasty of the Islamic Empire. The paper argued that despite their apparently autonomous decision making in Khurāsān and Transoxiana, the Ṭāhirids were not only well integrated into the empire, but also achieved a larger integration of the eastern realms of the empire into the fiscal administration. They fostered a close integration of the eastern part of the empire to its caliphal centers in Iraq. This will be argued in three steps: the family ties of the Ṭāhirids, the vanishing of eastern principalities, and taxation and coinage.

The lecture is devoted to the study of the history of librarianship in Bukhara, in which the first section examines the stories of various libraries that existed during the reign of the Samanids in Bukhara. However, there is little information about scholarly book collections and libraries belonging to several madrasas active during this time.

In the second section, we examine the invaluable Arabic manuscripts kept in the personal library of Khwaja Muhammad Parsa, who was a prominent religious scholar of his time in Central Asia. The Library of Muhammad Parsa allows us to get a glimpse at ​the scholarly interests of its owner. As the data contained in the manuscripts show, this library takes its origins from the public library “Khizanat al-kutub”, founded by the dynasty of Bukhara Hanafi Faqih scholars known as “Sadrs” at least in the XII century. The management of this library passes from the Sadr family in the XIII century to the famous Hanafi theologian Hafiz ad-Din Kabir Bukhari.
A more detailed study of manuscripts from this library can provide valuable material on the history of book publishing in Central Asia and on the early history of the Naqshbandi tradition. Of particular importance for research on the work of Khwaja Muhammad Parsa is a list of the works of this author stored in the Tashkent Fund.

The third section deals with the library at the Gawkushan madrasa, as well as the waqf books of the Juybari shaykhs endowed to the Gawkushan library in the second half of the 16th century in Bukhara.

And the fourth section provides data on private libraries among the qadis of Bukhara in the late 19th and early 20th centuries of the Bukharan Khanate. Private libraries in Bukhara and other cultural centers of the Khanate were indicators of the high spirituality of the local population of these cities. The largest and richest library were in the possession of the following individuals: the educator, poet and writer, statesman, philanthropist and bibliophile, Muhammad Sharif Sadr-i Ziya, the son of Qazi Abd al-Shakur (1865-1932); the prince Khashmat (1862/1932); Qazi-kalan Burhan ad-Din; Qazi Sadri Sariri Balkhi (Abd al-Vahid Sadr Balkhi - “Sarir” (1809/1885); Qazi Inayat Allah Shahrisabzi (d. 1332/1914).

In the case of the Islamisation of Central Asia following the Arab conquest in the early 8th century, we have three local sources: Narshakhī’s History of Bukhara, the Qandiyya for Samarqand, and the Faḍā’il-i Balkh for that city. Moreover, there is the report of the conversion of Satuq Bughra Khan, the legendary ancestor of the Qarakhanids, for which we have a written version in Jamāl Qarshī going back to a 11th-century source.

In the presentation, I want to discuss the reports from these sources. My thesis is that these sources, even though their conversion stories are clearly “legendary”, nevertheless show that conversion in most cases was a social affair, it took place in groups, it was linked to the social, political and financial context, and the sincerity of conversion is discussed in exactly this context. 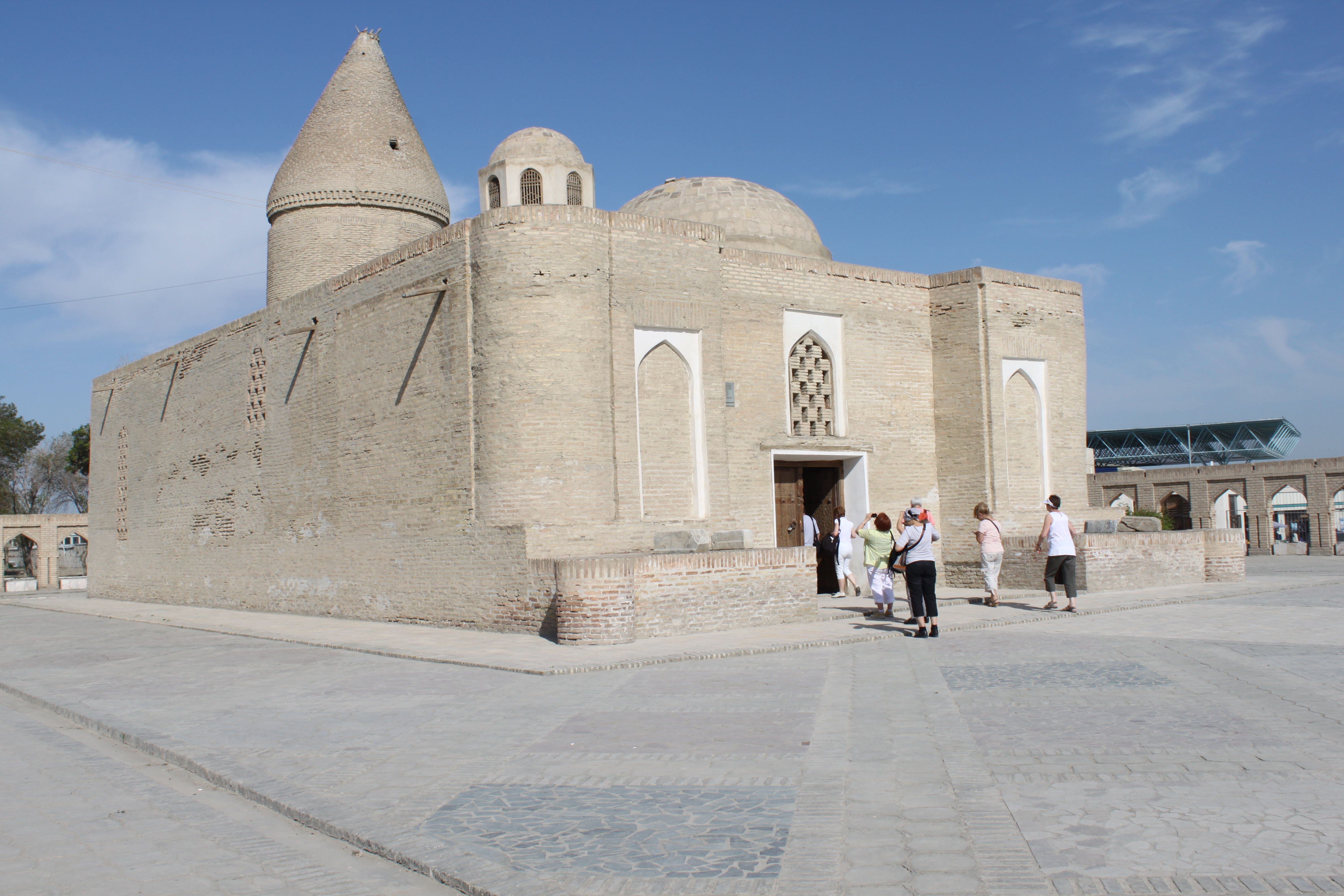 Tuesday, Mar. 02, 2021 – Bekmirzaev I. Ilhomjon, Center for Islamic Civilization of Uzbekistan. “The Role of the Faqihs (Islamic Jurists) of Banu Moza (Oli Moza) in the Social and Cultural Life of Bukhara in the 11th-13th Centuries.”

The Banu Moza and Sadrs are well-known families in Bukhara and Samarkand. This environment a played a great role in the upbringing of the founder of the Banu Moza and his becoming a prominent scholar of fiqh.

The tabaqot works (biographical dictionaries) name the founder of Banu Moza family with the honorifics such as al-Sadr al-kabir, Burhan al-kabir, Burhan al-a’imma, or al-Sadr al-Moza. Al-Kafavi stresses that ‘he came from Persians’. He must have spoken Persian. Indeed, his fatwas were either issued in Persian or in Arabic language.

In 495 H./1101-2 C.E., Burhan al-kabir was the first to achieve the rang and position of a Sadr and a Qadi al-quzot in Bukhara. The Banu Moza family fostered the development of culture, science, education and science of fiqh in Bukhara. This is suggested by fact that the Banu Moza family established the Hizonat al-kutub Library in the Sikkat ad-dehqon region in Bukhara. Members of the family, Burhan al-kabir, al-Sadr al-Shahid, and his brother al-Sadr al-Sa‘id played a great role in enriching its holdings. Many important faqihs of Bukhara explored the resources of the library when they authored their own works. For example, Imod ad-din Abu l-Muhammad ibn Mahmud ibn Ahmad ibn Abi l-Hasan al-Faryobi (died in 607/1210), who was an admirer of the Banu Moza family, authored his work in that library. The fact that this faqih was buried in the cemetery of the sadrs shows how close he had been to the Banu Moza family.

The Banu Moza family was famous for its generosity and support to the faqihs and the educated class. It has been stated that Banu Moza family supported about 6,000 faqihs until the Khorazmshahs occupied Bukhara in the early 13th century. The tabaqots provide us with many legends about al-Sadr al-Shahid’s son Muhammad Sadr al-Jahon (d. in 618/1221). Jalol ad-din Muhammad ibn Muhammad al-Hoshimi al-Kunavi (died in 672/1273) transmitted one of the most famous legends about him: Poor learners and the needy were begging Sadr al-Jahon on the entire long journey from the faqih’s house to the madrasa. They were at a distance of 5 farsakhs (about 40 km/25miles). According to another source, in 603-604/1207, Sadr al-Jahon and his son undertook the pilgrimage to Mecca, and travelled via Baghdad. Because of his known generosity, a large crowd of people follwed the faqih from each city or village to the next.