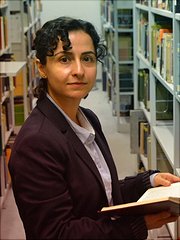 Would you briefly introduce yourself?

My research interests involve political jurisprudence, constitutionalism, legal studies, contemporary Turkish politics, and civil-military relations. I did my BA in International Relations. I completed my MA in City University of London, and got my PhD degree from the Political Science Department of the Middle East Technical University in 2014. During my doctorate studies, I was a researcher at Humboldt Universität and the New School for Social Research. In 2015, my dissertation received an award at the “Young Social Scientists Contest”, organized by the Turkish Social Scientists Association; and in May 2017, my article entitled “Law in Neo-liberal Era and an Introduction to Neo-formal Law” received honorable mention in Halit Çelenk Law Awards. I have published articles in Armed Forces and Society, Turkish Studies, and other national peer-reviewed journals.

What are you currently working on?

In recent years, the issues that conjoin legal and political discussions intrigue me both on theoretical and practical level. One of them is the criminal prosecutions that started after the abated coup essaying in Turkey on July 15, 2016. I examine how criminal justice is used against those who attempted to oust the civilian government by arms, and establish a military regime. Coup prosecutions are challenging as essentially a political showdown between two political opponents is taking place in the court rooms. Meanwhile, for two years prosecutions have taken place under state of emergency, and breached due process of law in many respects. Therefore, repercussions of coup trials within the ambit of law are also significant. Besides this case study, I am making research on Hermann Heller, a German legal scholar during the Weimar Republic. For those who are interested in political jurisprudence, his writings are the case in point. Heller examined the relationship between constitutional state, democracy, and authoritarianism. He meticulously analyzed political and legal concepts and institutions, so that his analyses go beyond descriptive studies, and are able to reveal the inherent links between them. I believe his thoughts on this relation are highly relevant in understanding and explaining the degeneration of today’s democratic regimes.

You are working on political trials. Can you share some of your research results with us?

One of the first issues that comes to mind when talking on contemporary Turkey is activism of judiciary and especially criminal courts. Police operations against alleged terror organizations and prosecutions that charged thousands of people have been on the political agenda since almost a decade; they are both shaped by and shaping the course of politics. To name a few, the Ergenekon case began in April 2008, before continuing with the KCK (Kurdistan Communities Union) case in 2009, the Sledgehammer (Balyoz) case in 2010, and Gezi Park case in 2013. In December 2014, police operations were launched against the Islamist Fethullah Gülen Community. During legal proceedings, so many people were criminalized, and police raids were so intense and incessant that even a cursory glance is enough to show the connection between these proceedings and the return of political regime into authoritarianism. My research verifies the link between the practice of political trials and gradual rise of authoritarianism in Turkey. Let me specify: until 2014, political trials, which took the form of terror trials, were held in specially authorized courts and constituted exceptions to constitutionally protected rights. Therefore, their intensification blurred the distinction between “the rule” and “the exception”. The shift in Turkish political regime away from parliamentary democracy to executive presidentialism took place just in this grey area amid the rule, meaning the rule of law, and the exception. Secondly, terror prosecutions explicitly target the governing Justice and Development Party’s (AKP) political opponents, majority of whom were charged on the ground of their intentions or associations rather than actions. This point disconfirms the official justification for terror prosecutions, which basically defends discriminatory practices and restriction of individual liberties in the name of national security. Additionally, it shows that an indispensable right of democracies, right of peaceful opposition, is criminalized as an act of terror by the courts.

Another point that needs to be said in terms of preliminary findings of my research concerns its conceptual framework. In order to better comprehend legal-political developments in contemporary Turkey, we shall leave the mainstream views on putative rule/exception distinction and security/liberty dilemma behind. Actually, this point holds true for today’s democratic regimes in general. Globally, constitutional states are not destroyed but being transformed into varieties of arbitrary regimes. Perspectives that see legal-political institutions and concepts as absolute and antagonistic poles fall short of explaining this internal dynamism. Then, neoliberal politics urge us to situate them in a dialectical setting, in which they could penetrate and mutually determine each other.

Why did you apply to the TEZ-Fellowship?

I have been following TEZ’s activities that deal with contemporary Turkey. I applied to the TEZ-Fellowship mainly to get connected with colleagues here, discuss my research projects, and exchange views. Additionally, being a TEZ-Fellow offers access to rich libraries and other resources, which definitely give me the chance to deepen and extent my studies.

Has your stay been successful so far?

For the past weeks, I have spent most of my time in the libraries. I am glad to say that being a TEZ-Fellow greatly contributed to my research tasks. Meanwhile, I had the chance to meet with colleagues from Hamburg University and other research institutions in Hamburg. Their visions and critiques were also eye-opening.

What is or are your most important publication(s) everyone should read? If possible with a link.

For those who are interested in political trials and their effects on the rule of law, I would suggest “Political Trials and the Second Jurisdiction of the State: Normalcy of the Exception”, a book chapter that was published by Springer in 2017. In addition, military tutelage has been one of the most debated topics of Turkish political history. The latest attempt of coup d’état indicates that military’s desire of political control has not yet been ended. In this respect, my two articles, Political Activism of the National Security Council in Turkey After the Reforms and Making of military tutelage in Turkey: the National Security Council in the 1961 and 1982 Constitutions address overhauling of civil-military relations in Turkey with a focus on the establishment and transformation of National Security Council since 1961.

Which publication do you recommend as a good introduction to Turkish politics?

Cambridge History of Turkey comprises four volumes and offers the readers a comprehensive analysis of Ottoman and Turkish history. Especially “Turkey in the Modern World (Volume 4)”, edited by Reşat Kasaba, can be a reference book for those who study modern Turkey. Also, I believe Erik Jan Zürcher’s books, Turkey: A Modern History as well as Young Turk Legacy and Nation Building, are still the must-read books on Turkish politics.

You are leaving us on September 1st, what are your plans for the time after?

On October 2018, I will start working as a visiting fellow at the Institute for Social Sciences of Humboldt Universität zu Berlin. My visit is funded by the Einstein Foundation. Our research group is composed of young scholars, and focuses on global crisis of constitutional democracies and alternative methods and strategies that can protect democratic values and the rule of law. I am quite exited, and very much sure that our group in the institute will make significant contributions to the issue areas it targets.

Many thanks for the interview and all the best for your future!

Thank you for inviting me to the TEZ. It was an honor for me to be here. 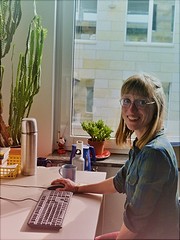