The Center for Advanced Study "RomanIslam - Center for Comparative Empire and Transcultural Studies" funded by the German Research Foundation (DFG), commences in April 2020.

In the Center for Advanced Study “RomanIslam” Prof. Dr. Sabine Panzram (Ancient History) and Prof. Dr. Stefan Heidemann (Islamic Studies) will bring together scholars from a wide range of disciplines working on Romanization and Islamication in Late Antiquity, investigating the processes of cultural assimilation with a focus but not exclusively on the Iberian Peninsula and North Africa during the first millennium CE.

The two regions are ideal for comparative research on empires, because structurally speaking, they had comparable economic significance for the Roman and Islamic Empires respectively as well as many other features in common. Prior to assimilation there with two distinct cultures, the Celtiberian and the Berber that were only superficially influenced by Greek culture. The Roman and Islamic Empires introduced to these an Eastern Imperial or Middle Eastern religion of salvation (Christianity and Islam respectively) in the guise of state religion. This historical situation in the first millennium allows researchers to develop new models and theories in the field of transcultural studies and comparative empire studies.

The overall aim of the Center is to explore new approaches to Romanization and Islamication in this period and to set the scholarly debate in the field on a new footing. The first year theme is ‘How to Govern? Administrative Divisions and Structure’. 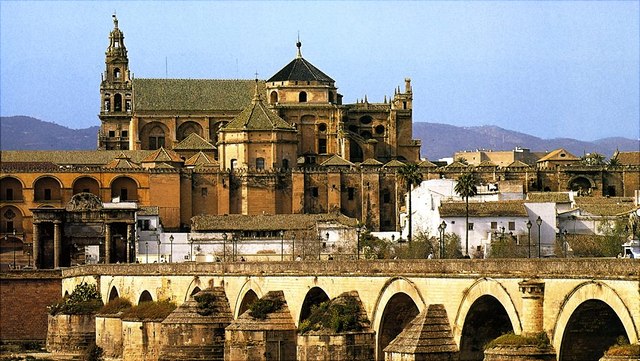 The image shows first-century Roman Bridge over the Guadalquivir and the Great Mosque from the eighth century.