The Chronicle of King Śarḍa Dǝngǝl (1563‒1597) is one of the best Gǝʿǝz historiographic works of Ethiopia, written during the reign of the king. It is unique both in terms of the abundant historical data it contains and the literary quality it maintains. This Chronicle is an indispensable primary historical source for the study of the history of Ethiopia and Horn of Africa as well for the understanding of the medieval world literature. The earlier (1907) edition (and French translation) of the Chronicle by Conti Rossini was based on three manuscripts but neglected five more manuscripts that are very important witnesses in establishing the text close to the original written by the author.

The project, funded by the German Research Foundation (DFG Projektnummer 445841073) for 3 years (2021-2023) has two main objectives. First, to prepare a critical edition of the Chronicle applying the so called Neo-Lachmannian (stemmatic reconstructivist) method based on eight manuscripts. Second, to translate the Gǝʿǝz critically established text of the Chronicle into English and annotate it. The task of editing involves studying thoroughly the internal content and the history of transmission, collating and grouping manuscripts into families on the basis of their common errors and finally establishing the stemma codicum. The manual collation is applied to collate the manuscripts and identify mainly the conjunctive errors used to establish the family tree. The critical text will be established guided by the stemma but where all manuscripts have errors, emendation will be made based on relevant sources. All variants against the true reading will be displayed in the critical apparatus, which shall be a positive apparatus. The edited text will be translated into English and a commentary shall be provided in the form of footnotes to the translation.

The new edition will finally provide a historically reliable text of the Chronicle of King Śarḍa Dǝngǝl. The reconstruction of the text will bring important philological findings concerning the text of the chronicle of King Śarḍa Dǝngǝl in particular and new knowledge on the Ethiopic chronicles in general. The new edition will also provide valuable by now not recorded items for Gǝʿǝz lexicography and more precise details on historical facts accompanied by an annotated English translation, it will offer new insights into the medieval history and historiography of Ethiopia and the Horn of Africa. 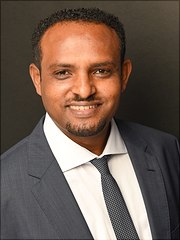